HomeBlogIndustriesMost Common Uses Of Metal Coatings In The Aerospace Industry

Most Common Uses Of Metal Coatings In The Aerospace Industry

Due to a variety of exceptional qualities, such as dimensional stability, non-moisture retention, and outstanding thermal conduction, metals have become the most extensively used elements in the field of aviation and aerospace. They’re commonly found in spaceship shells, skins, skeleton frameworks, and fine structure components. Here are some of the most prevalent metal coatings in the aerospace industry.

Nickel coating is commonly utilized in aviation engine components because of its superior durability. The nickel covering is usually stripped chemically, and the nickel is then oxidized by the reactive oxidizer. If the item’s surfaces are subjected to a precise area during the coating cleanup process, the corrosion inhibitor in the solvent will be absorbed on the surface of the material in some manner, resulting in the formation of a corrosion-resistant protective layer to safeguard the surface.

Electroplating and electroless plating are critical aerospace metal finishing techniques, whether titanium or other metals are employed in aircraft manufacturing. Electroplating is the process of covering a base metal with ions of a different metal via electrodeposition. Electroless plating is similar to electroplating in that it includes the depositing of metal, but instead of using electricity, it uses a chemical reaction to create the layer. Metal plating can slow down oxidation, improve thermal stability, and general electrical properties.

Anodizing is a metal finishing technique that involves increasing the density of the oxide film on a part’s exterior. An anode electrode is formed by the treated component and is utilized to establish an electrical circuit. Many of the advantages of anodization are comparable to those of electroplating, which we have seen earlier.

In terms of aircraft metal finishing, general anodizing applications include delivering a protective barrier on airframes, landing gear, and engine parts and components. Anodizing can be done in a variety of ways, including:

The use of chromic acid to form a fine, electrically non-conductive aluminum oxide coating is part of this anodizing process. This coating is ideally suited for usage on aluminum flight-critical structures like landing gear that are exposed to intense pressure frequently.

Aluminum anodizing improves the strength and durability of the substrate. Sulfuric acid is used instead to generate a thicker aluminum oxide layer that differs from chromic anodizing. Clear or colored coatings are available, including red, gold, blue, green, and black.

Hard coat anodizing creates a very tough oxide layer deposit by combining a low plating bath temperature with continual regulation of the electric charge. The color of the coating can vary from light to dark gray, and it can even be colored black if necessary. This form of anodizing offers significant corrosion protection, as well as good lubricity. Various aircraft parts are built on the idea of a high power-to-weight ratio, and each item is expected to deliver the best performance possible for the asset’s long-term profitability. Corrosive damage of the aircraft’s essential surfaces might make it difficult to ensure safe operating efficiency. To maintain the aircraft’s functional lifespan, the metal coatings required for corrosion control of various exposed areas of the aircraft can be carefully selected and applied. 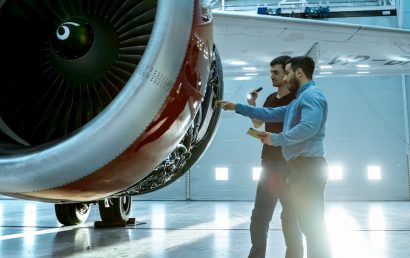 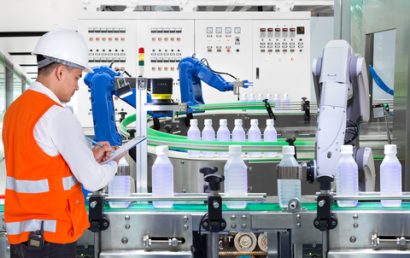