HomeBlogProcessReplacing Hard Chrome Plating Is Easier Than You Think

The aerospace industry is only one of numerous industries that have relied on hard chrome plating in the past. It’s benefits are numerous, though environmental and health concerns have recently become a concern. Today, some of these industries are concentrating focused effort on replacing hard chrome plating (HCP) with something safer and healthier. European legislation has, in fact, all but brought the use of hard chrome plating to an end, and the rest of the world is following closely.

Military applications have used hard chrome plating for decades in terms of both maintenance and manufacturing. The surface that hard chrome plating provides is corrosion resistant and wear resistant, which is essential for equipment such as gun barrels, gear shafts, landing gear, propeller hubs, hydraulic piston rods, and more. But they too are following suit in seeking a workable replacement.

Despite all of the good, positive characteristics about hard chrome plating, it has a singular unavoidable drawback: the presence of hexavalent chrome. Referred to by some as the “Notorious Four Cs” are chlorinated solvents, cyanide, cadmium, and hexavalent chrome. The latter of which can cause key organ damage and is a known carcinogen. It has been attributed to kidney, lung, and heart damage. Lengthy cleanup and preparation is demanded during the chrome plating process to avoid exposure such as this.

Where the environment is concerned, created during the plating process, the production of toxic waste is also responsible for the reconsideration of the use of hard chrome plating.

Can a Replacement Be Found?

Particularly in the aerospace sector, hard chrome plating’s dominant suitability presents a major challenge where finding an alternative is concerned. HCP does, after all, have numerous benefits including the following:

So, you can see why it’s challenging at best to find an appropriate solution to the problem of an HCP alternative. This is not to say that it doesn’t have its drawbacks (in addition to health and environmental concerns), but for many, they’ve been outweighed by its positive characteristics.

Technology and Nickel-Tungsten To the Rescue

A wide range of technologies are available from which manufacturers can choose as a replacement for hard chrome plating such as CVD, PVD, thermal spray, and more. Unfortunately, in order for the substrate to melt, these methods require high melting, high vacuum, high temperature, etc. Additionally, new super steels may help solve the problem of hard chrome replacement. Unfortunately, as well as lacking proven status, they can be costly and have their own drawbacks. Industries such as the aerospace industry cannot afford to take chances, after all – lives depend on it!

Fortunately, with good high-temperature performance, exceptional hardness, and wear and corrosion resistance, a hard chrome plating replacement may well be the use of nickel-tungsten. Contributing to its status as a viable alternative, it is also non-toxic. With so many comparable characteristics, nickel-tungsten has been successfully used in any number of applications where HCP used to be utilized.

For those seeking an alternative to hard-chrome replacement, much success has been attributed to an HVOF process that applies tungsten carbide coatings.

Turn to A&A Coatings For Your Hard Chrome Plating Replacement

For over 70 years, A&A Coatings has been at the forefront of the coating industry. For nearly everything under the sun and serving virtually every industry in existence, we’ve got the appropriate coating to serve whatever needs may arise.

In keeping with the information provided here, we can fill your hard chrome plating replacement needs with tungsten carbide coatings applied through the HVOF process. Contact us today to find out more. 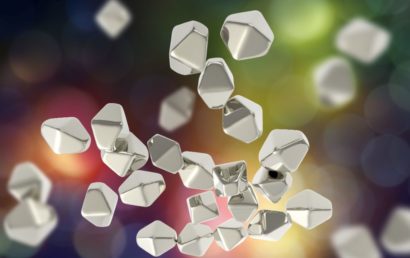 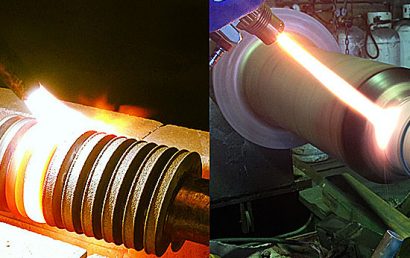 How Is Thermal Spraying Better Than Electroplating And Galvanizing?
Read More

Get Answers To Popular Metalizing Questions That You Want To Ask!
Read More
Categories
Latest From the Shop

Understanding Abrasive Wear And How To Reduce It