The History And Present Uses Of Metalizing

One method of protecting parts, components, machinery, products, and more is the process of metalizing. It’s a general term, but it applies to a process of thermal spray coating that is instrumental in the protection of certain surfaces. The metal coating that results from this thermal spray process can be used for functional, decorative, or protective purposes.

As far back as 1835, metallization got an early start in the creation of mirrors. A metallic silver was coated over a glass surface and – just like that – one of the earliest methods of metalizing was created. With the introduction of ABS plastic, there was a rapid growth of metal plating on other objects that were nonmetallic.

An object that is nonmetallic tends to have poor electrical conductivity. So, in order to apply metalizing, a more conductive surface must be created. This is accomplished by chemically etching the nonmetallic part (such as in the case of a plastic part). This is done by whatever appropriate process is necessary, but one such process is to dip the part in a hot mixture of sulfuric acid-chromic acid. Next, by dipping the etched part in palladium fluoride solution (after dipping it in tin(ll) chloride solution), it is “activated and sensitized”.

Before further plating, nickel or electroless copper is used to coat the processed surface. And though not as strong as authentic metal-to-metal adhesion, a useful adhesion force is accomplished by this process.

Sometimes referred to as metalizing is the thermal spray process. When this type of process is used in a metal application, steel can be protected against corrosion for decades. This is, clearly, more effective than a thick coat of paint. When it comes to metalizing steel structures, the most commonly used materials are aluminum and zinc.

At room temperature, the mix of ingredients is sprayed or cast onto the substrate. The thickness of the layer, which usually runs between 150 and 80 µL, is defined by the final treatment and, of course, the desired effect. A resting time of roughly one hour is necessary for the workpiece after the spraying process is complete. After this resting period, at a temperature less than 60°C but higher than 20°C, the piece must be allowed to dry for less than 12 hours but more than six hours. The remaining treatment steps can be executed at this time.

When, in a vacuum chamber, a coating metal is heated to the boiling point – it is the beginning step in vacuum metalizing. What happens next is that metal is deposited, by condensation, on the surface of the substrate. To vaporize the coating metal, plasma heating, electron beam, or resistance heating is used. The Hale Telescope benefited from vacuum metalizing as it was used to put aluminum on the reflecting telescope’s massive glass mirrors.

If you feel that your business could benefit from some type of protective coating, or if you’re unsure, contact the specialists at A & A Coatings. We will be happy to enlighten you as to the various benefits of today’s thermal spray protective coatings and their applications. 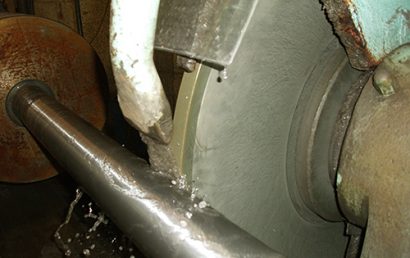 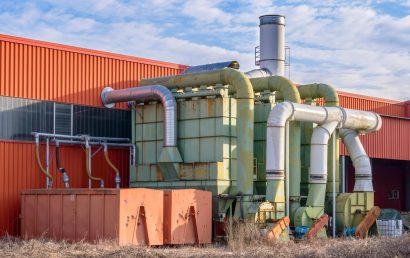