It is vital to make sure that the parts in your aircraft are well-maintained to ensure it is air-worthy at all times. It is only through extensive testing, and various successful commercial applications, the performance advantages of HVOF coatings have been confirmed. The HVOF coating has established that the performance of a variety of aircraft components and aviation engines can be extended.

High Velocity Oxygen Fuel coatings are able to provide improved fatigue resistance, wear and tear, impact, and equal or better corrosion protection for components like landing gear, bearings of jet engines, wing flap tracks, actuators, and for even dynamic parts like helicopter propeller assembly and drive train. Due to the benefits of HVOF coatings, you will be able tokeep aircraft parts functioning for longer, these new coatings are apt alternatives to nickel coatings that are conventionally used on aircraft flap tracks and to the typical hard chrome plating used for other engine and aviation parts.

These coatings can be effectively used in repair and dimensional restoration, or rebuilding the corroded parts removed during overhaul or routine maintenance activities. This advanced coating, in particular, can be used to restore the dimensional integrity of wing flap tracks, which may start to wear out after x number of uses.

A Cost-Effective Method Compared to Plating

Unlike the plating done by electrolytic process, this coating process does not create any contaminated waste water, which may be disposed later, and this eliminates any potential exposure that a worker can face to hazardous chrome materials. This process is also much faster than chrome plating as it only takes about a couple of hours. Unlike the twenty-four hours that traditional plating processes can take to finish.

There is no question of extra embrittlement treatment required as these coatings are not prone to hydrogen embrittlement like the other processes. All these dynamics serve in tandem to decrease the frequency of repairs and maintenance and help a rapid turnaround during repairs and overhauling activities. These dynamics considerably reduce the out-of-service downtime of the aircrafts, thereby, helping to keep these aircrafts functioning for a longer period.It is a new and cost effective way to extend the service life of aircraft components.

Commercial Acceptance by the Aircraft Industry

A complete repair and overhaul service was undertaken wherein the flap tracks were restored to their dimensional integrity by these HVOF tungsten carbide coatings. This improved the ability of the flap tracks to withstand corrosive and abrasive damage from vibration and cavitation, and also exposure to moisture and salt. These HVOF tungsten carbide coatings are credited to extend the service life of the wing flap tracks by at least 20,000 to 40,000 cycles (one cycle is equivalent to the combination of one takeoff and one landing). 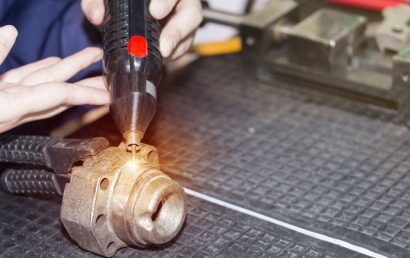 What Are HVOF Thermal Spray Coatings All About?
Read More 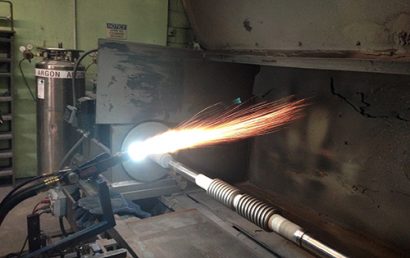