HomeBlogProcessHVOF Coatings For the Aviation Industry

HVOF Coatings For the Aviation Industry

Traditionally, particularly in the aviation industry, coating processes like plating have been used extensively. But traditional coating processes were lacking in many aspects. A more corrosion resistant coating method, a harder finish, and quicker turn time was needed. Scientists and industry leaders went in search of a better answer than traditional coatings. Enter HVOF (high velocity oxygen fuel) coatings! Today, though numerous materials can be applied using the process, HVOF tungsten carbide coatings are utilized in many industries for a number of purposes.

In this post, we’re going to take a look specifically at how aviation components are affected when they are sent in for repair and overhaul. We will also briefly touch on the process of HVOF tungsten carbide coating.

A vast array of successful commercial applications resulted from extensive performance testing, as well as the discovery of HVOF tungsten carbide coating performance advantages. These advantages have been demonstrated in the following uses where airframe components and aviation engines are concerned:

The following characteristics are what make these coatings so desirable:

The traditional coating methods just referred to can entail the following (as examples):

In addition to serving as an excellent coating that can be used for protection, tungsten carbide can be used to repair or rebuild corroded or worn components from aircraft. These components, during overhaul activities or routine maintenance, have been removed and now, rather than being discarded, can have new life breathed into them thanks to this miraculous coating process.

Using the advanced coating, the dimensional integrity of airplane flap tracks can be restored after suffering damage during service. So, not only can tungsten carbide be used to extend the “usual” lifespan of a part, it can be used to reinvigorate parts when needed.

In the world of thermal spray, HVOF is only one process. This particular process is used for applying coatings and repairing parts by depositing tungsten carbide.

How does the process work? Here are the basics:

Using robotic apparatus, the process of HVOF coating application usually takes place in a spray booth. The reason for this is twofold:

Who Can You Rely on for HVOF Tungsten Carbide Coatings?

A&A Coatings uses the HVOF application with their tungsten carbide coatings, as well as other thermal spray methods with which to apply various coatings. For virtually every industry known to mankind, coatings of some sort are used in some way. They can serve as protection for a part or surface, offer a safer environment (texturing a walkway to discourage slipping), and so much more. When it comes to thermal spray, we’ve been at the forefront of the industry since 1944. We know coatings inside and out! Contact us today to find out what our coatings can do for your business. 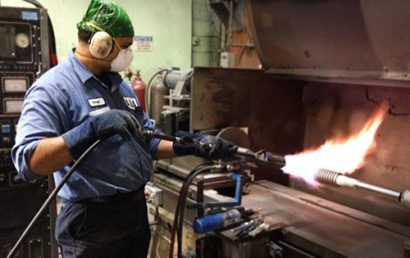 How We Keep Our Thermal Spray Workplace Safe
Read More 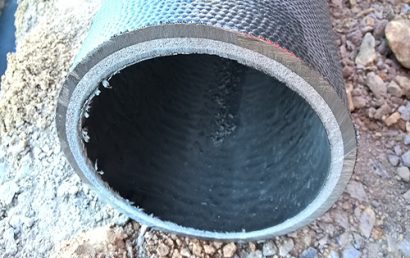 The Importance Of Plasma Spray Coatings For Semiconductor Applications

Cold Coating Vs. Thermal Coating Technologies: How To Choose?