New Method Might Lead To Fresh De-Icing Practices And More

By making adjustments to a substrate’s thermal properties, it is possible to control freezing droplet adhesion. This new technique, along with the discovery of self-peeling droplets, means that deicing and additive manufacturing may soon be more efficient.

When a surface is impacted by freezing droplets, generally speaking, they either bounce off or stick to it. Many applications are crucially impacted by the control of this response. These applications include the spraying of some surface coatings and 3-D printing. Possibly most importantly, however, is preventing ice formation on power lines, wind turbines, airplane wings, and other structures.

Let’s start off with an explanation of different materials and their thermal conductivity. Here’s an example: Picture two types of flooring – one made of wood, another of stone. Even when making sure that both of them are at precisely identical temperatures, if you step on them with your bare feet, you will notice a difference. The stone will feel cooler than the wood. Why is this? Stone has a higher rate at which it can exchange heat. This is referred to as a higher thermal effusivity. As opposed to the wood floor, the stone floor makes your feet feel colder because it draws the heat away from them more rapidly.

The study of droplets coming into contact with surfaces has historically focused on a surface’s hydrophobic properties. Researchers are now finding out that another crucially important aspect is the surface’s thermal properties. What this ends up meaning is that, to meet the exact needs of a particular application, surfaces can now be ‘tuned’. How was this discovered?

During a study of the properties of molten metal, and whether or not it would freeze to a surface, a team was experimenting with different thermal properties, but similar wetting properties. The team assumed that the action of the droplets on each surface would be extremely similar. Nothing could’ve been further from the truth. There was a dramatic difference in how the droplets acted on each of the surfaces. The metal simply fell off of silicon. It stuck like glue, however, to glass. The explanation, according to the team, is because silicon conducts heat very nicely. Glass, on the other hand, is an excellent thermal insulator.

What Does It All Mean?

The result of this ‘accidental’ study concluded that by controlling the thermal properties of a surface, the adhesion of freezing droplets could be controlled. This provides new tools, or an entirely fresh approach, to controlling the outcome of certain interactions involving liquid– solid.

The significance of the use of molten metal is that in the application of thermal spray coatings and other industrial processes, it is a popular choice. As an example, it can be applied to machine parts such as turbine blades. During deposition, the uniformity and quality of the coatings relies, in part, on how completely droplets adhere to the surface. The results of these tests most likely apply to water and other kinds of liquids, as well.

The integrity of coatings are dictated by the way droplets impact and form splats, when coating surfaces. As in the case of the previously mentioned turbine blades, if the coating isn’t precise, it can have a very serious impact on a part’s performance. The findings discovered by this study are going to provide a whole new level of comprehension to when things don’t stick and when they do.

Needless to say, this latest discovery is going to have a huge impact on any number of industries, not the least of which will be aerospace and other related applications.

A&A Coatings has highly knowledgeable and experienced technicians working hard to apply the best coatings possible to your company’s components, machinery, parts, products, and more. Contact us today to find out how thermal spray coatings can help you, and your bottom line. 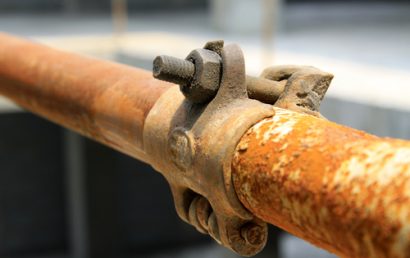 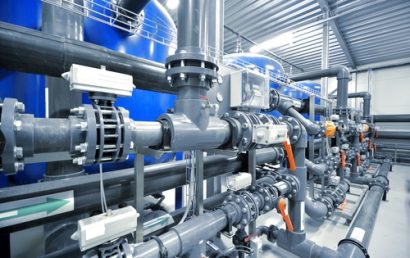 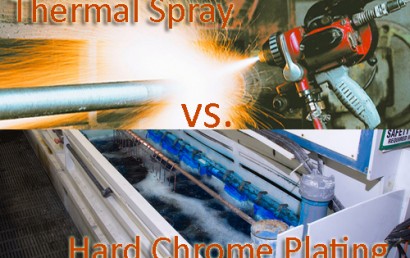