HomeBlogProcessThe Development Of Thermal Spraying Through The Years

The Development Of Thermal Spraying Through The Years

What makes the thermal spray coating process  so unique? For starters, thermal spray is extremely versatile. It can be used to coat vital parts of a product to protect against premature wear and corrosion while it can also help to control surface roughness or impart thermal barrier, electrically conductive or electrically restive properties upon a substrate. Just like any other industrial processes and applications, thermal spraying has undergone major technological advancements over the years. Let’s take a look back down memory lane on how far thermal spraying has come:

During the early 1900s, the thermal spray technology was first developed by Max Ulrich Schoop. Metalizing was used in this process during its early stages. Also known as wire flame spraying, alloyed or pure metal (in their wire forms) were melted and then sprayed at high speeds onto a surface with compressed air. While this process produced a sufficient coating of low bond strength and high porosity back in the day, it still had a long way to go. After three decades, powdered metal feedstock materials were finally introduced to the thermal spray arena. Powdered flame spraying was based on a similar operational principle as the wire flame spray process, and it allowed for a wider use of coatings which include self-fluxing metals.

In the past, applications that were associated with coal barges, naval ships, and railroad cars needed coatings that were resistant to corrosion. The industrial scene in the United States eventually grew, and that growth increased flame spraying’s popularity as well. Other notable applications include coating pipes, capacitor castings, tank cars, chemical tanks, fishing boats, elevated water tanks, and more. While these early thermal spray processes are still being used by many coating professionals, you can be sure that they have been improved on many levels today.

Various advancements from the early years allowed thermal spraying to become more cost-effective than it was before. However, a huge technological breakthrough came in the 1960s when plasma spraying was introduced. This technique utilized powder feedstock and high temperature plasma to melt and apply metal coatings to a substrate. As they were much more versatile than earlier thermal spray iterations, as plasma spraying increased the spectrum of surface applications in the thermal spray coatings arena. Here is a quick look at the various applications of modern Atmospheric Plasma Spray (APS):

Thermal Spraying in the Recent Past

High-Velocity Oxygen Fuel (HVOF) entered the market in the 1980s and it was one of the most significant advances to date. It utilized the combustion of oxygen and fuel (such as hydrogen, acetylene, or propane) to produce a high-pressure and high-temperature flame that can deliver melted powder feedstock at extremely high speeds. The result was a tenaciously bonded and extremely dense coating. What’s more, the feedstock no longer has to be in full molten form when applied, as the particles are hitting the surface with a high velocity. Another great thing to note is that applications that were previously unsuitable for the thermal spray process are now workable, thanks to HVOF! Coating helicopter rotor joints is a good example of this.

Today with its wide accessibility, thermal spraying is used to complement and/or replace traditional surface coating options. There’s a lot that thermal spraying can do for many industries, and if you want to find out more, talk to our surface engineering team to discover unique options that you have never thought about before! 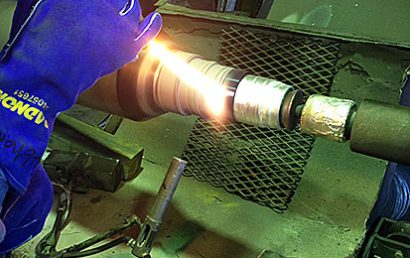 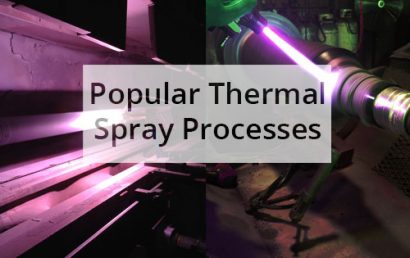 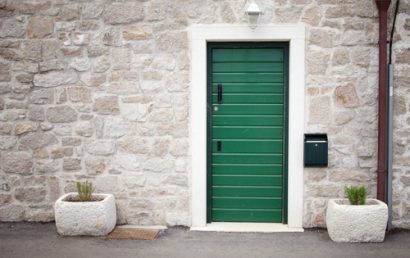