In addition to the use of thermal spray coatings, consider the following information and suggestions.

Possibly not the absolute worst enemy of an aircraft owner, but right there near the top of the list, corrosion occurs frequently (but certainly not exclusively) in the airframe. This is a matter of discussion among any number of owners. To address this threat, numerous procedures and products have been developed.

When it comes to internal engine corrosion, however, slightly less has been done. The point at which an engine is eventually disassembled for overhaul may be the first opportunity for the awareness of existing corrosion! Due to corrosion damage, there is every possibility that an overhaul should have been done hundreds of hours ago – but who would know?

Who Is in Danger?

The danger of corrosion exists in every aircraft. However, there are those that are at higher risk for corrosion. Consider these four factors when deciding whether or not your particular engine is at a more substantial risk:

To further break down engine corrosion factors, two categories can be created:

Whether active or inactive, when fresh out of the factory, even an engine that is brand-new is vulnerable to damage due to corrosion as it leaves the assembly plant. Manufacturers do what they can to address this vulnerability. As an example, to protect against corrosion, engines are retreated if, after they’ve left the factory, they are not run for six months.

In addition to precautions taken by manufacturers, there are other things that owners can do to attempt corrosion prevention.

Count on A & A Coatings To Help Reduce Corrosion

Can you eliminate the possibility of corrosion? That’s highly unlikely. But you can reduce the likelihood of it.

At A&A Coatings, we are experts at preventing and reducing corrosion and other types of wear and tear. We can also repair and rebuild parts with our thermal spray applications. Contact one of our experts today to find out how we can best reduce or prevent corrosion for your parts, components, engines, machinery, and more. 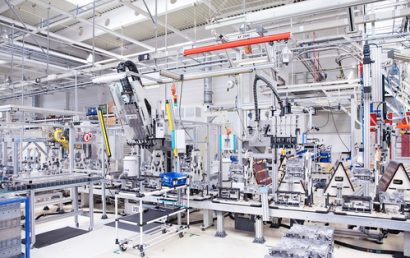