It is the arch enemy of the industrial sector – flash rust! Disrupting everything from logistics to production, flash rust causes in excess of $470 billion in economic damages every year in the United States. Careful management of this arch enemy is a constant battle in industries that count on carbon steel assets. Flash rust has dire consequences and spreads quickly so, how can it be fought against?

Traditional coatings ordinarily used to protect surfaces, components, etc. have proven less than effective against flash rust in various settings (marine industry, LNG industry, and more). If the right kind of protective coating is not used it will fail, leading to additional severe corrosion and a company’s assets being left vulnerable.

You know what they say, “prevention is the best medicine”. Such is the case here, as well. For carbon steel-dependent industries, the top goal is the avoidance of flash rust. Even if it can’t be avoided entirely, it must be accurately identified and eliminated before it affects an industry’s valuable assets.

How can a business hope to stay ahead of flash rust?

How can flash rust be identified? It has a powdery, even surface with a characteristic copper color. So, by sight alone, you should be able to see it on carbon steel. When does it typically appear? It can rear its ugly head immediately following cleaning methods that are wet, especially if blasting or jetting is involved. It can take hours or minutes following cleaning and, before you know it, grow from a tiny to a massive area. To watch for rust, periodically inspect parts, components, and other assets. This is particularly important after wet cleaning. Take action as soon as possible if you notice flash rust.

Getting Rid of That Rust!

To remove flash rust, there’s just no easy, quick way! It must be manually cut, scraped, or swept from carbon steel. Worst of all, that’s only a temporary fix. It does solve the problem for a while, however, but can still impact your business in a negative manner.

Frequently, equipment shutdowns are necessary to remove flash rust. That means all operations stop. For maintenance technicians, it’s a labor-intensive, lengthy job. Surely, the money that goes into this could be spent elsewhere more efficiently and effectively.

Possibly worst of all is the fact that some of the carbon steel itself will be removed along with the flash rust. This means that equipment might, in the future, require complete replacement sooner than later. It could also create safety hazards and cause equipment to perform poorly.

It’s not an option to ignore flash rust when using traditional coatings. But neither is the best solution to remove it manually. Either way you look at it, preventing flash rust from forming would be your best bet.

Stopping Flash Rust in Its Tracks

Whether you have just purchased brand-new equipment and want to take excellent care of it, or if you have equipment that you’d like to salvage until you can afford new equipment in the future, the threat of flash rust must be dealt with swiftly and completely.

Because traditional coatings just didn’t cut it, new phosphate ceramic coatings that are chemically bonded have replaced them as an effective weapon against flash rust. Traditional barrier coatings like polyurethane and epoxy might stand up to abuse that could be characterized as routine. But with time, they will likely wear off. In order to protect your assets long-term, your company will need to use today’s phosphate ceramic, chemically bonded coatings to guard against flash rust. A&A Coatings uses the most up-to-date, modern methods of application and the newest, most advanced products with which to protect your parts, components, machinery, surfaces, and more. Talk to one of our knowledgeable experts regarding flash rust or other threats to your company’s valuable assets.

What You Need To Know About Powdered Metal Corrosion
Read More 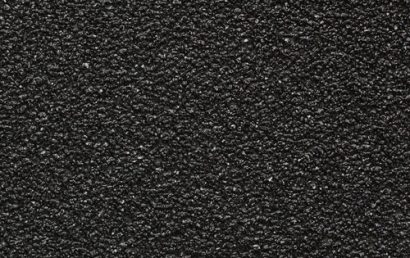