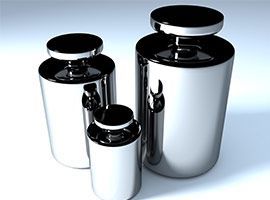 The need to replace hard chrome coatings has been surging in the thermal spray industry ever since news broke out that the US OSHA and the EU REACH will be restricting the coating owing to hexavalent chromium salts which are highly toxic. Research has indicated hex chrome as a severe carcinogen.

Hex chrome producing industries are now subject to terse environmental regulations and the restrictions are slated to intensify further in the future. Several coatings have been suggested as replacements for the outdated hard chrome coatings. A&A Coatings has been one of the first proponents of alternatives for hard chrome plating.

Many of these coatings have been made absolutely free from hex chrome. The coating methods that employ chrome have been developed in strictly occupationally safe and environmentally friendly manner. These coatings bear strict conformity with the regulations concerning hex chrome.

CONTACT US
Request A Quote
Please complete this form and you will be contacted within the same business day.
MENU