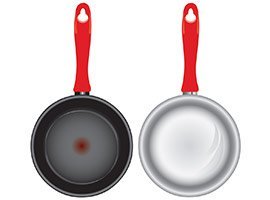 Low friction release coatings and cleability are instrumental in several industries including paper processing, beverage processing, power & energy, material handling, automotive, defense & military, rotorcraft, marine, material industry, industrial machinery, and the converting industry. Components used in all these industries are coated with thermal spray coatings and specialty developed by A&A Coatings make the job even easier with custom engineered coats meted out to each of these industries.

Low friction release coatings and cleanability comprise specialty offerings by A&A Coatings and are used elaborately across a wide spectrum of industrial machinery and their components. To get your custom coatings, contact us today.

Want to learn more about A&A Coatings?
Call us today at 888-561-2628 or
CONTACT US
Request A Quote
Please complete this form and you will be contacted within the same business day.
MENU